We remain committed to serving our community and caring for our patients during this challenging time. We are continuing to operate during our normal business hours and will update this message if anything changes. 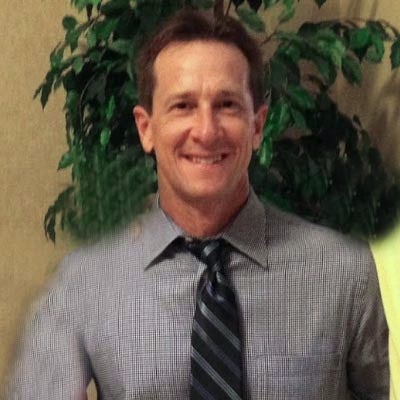 Dr. Richard Hilton grew up on a farm in Morristown, Indiana, where he was taught an excellent work ethic from his parents and family. He was 16 years old when he decided to become a chiropractor. He had a back injury while playing football and the chiropractic care was like magic. He was shocked at how fast it worked. Chiropractic also had many common sense approaches to staying healthy that were very appealing. Dr. Richard Hilton attended Purdue University for his undergraduate studies, before being accepted into Logan College of Chiropractic in St. Louis, Missouri. He graduated in 1988 and did his internship in Sacramento, California for one year. He then moved back to Indiana to start his own practice in New Palestine. Dr. Richard Hilton has treated over 8000 patients since 1989 with professional, honest chiropractic care.

Dr. Richard Hilton and his wife, Judy are the proud parents of Alex and Lance, identical twin boys born in 1995.

Dr. Richard Hilton has continuing education degrees in rehabilitation and is a licensed acupuncturist. He has also had the opportunity to provide chiropractic care to the Eagles, Aerosmith, Eddie Money, Aaron Lewis, and the Stone Temple Pilots.

Bev has been our Office Manager/Chiropractic Assistant since Dr. Hilton started his practice in 1989. She has been a wonderful, dedicated member of our staff.

There is not a week that goes by that someone is telling Dr. Hilton how helpful Bev has been for them. Understanding your insurance coverage can be a difficult task, and Bev will help you every step of the way. She has worked for chiropractors since high school in Massachusetts.

A Massage Therapist with over 15 years experience, Marge graduated from the Alexandria School of Scientific Therapeutics in June 2000 with over 500 certified hours. She specializes in Pfrimmer Deep Muscle Therapy and Swedish massage therapy. Massage times available Monday, Tuesday and Thursday by appointment.

Dr Hilton is a outstanding chiropractor. Professional, knowledgeable, and caring. His staff does a great job also. He has helped everyone in my family.

Both Dr. Hilton and Dr. Jennings are amazing! The staff is very pleasant and helpful as well. I never have to wait long to get in for an adjustment!

I'd say 5 stars . Fantastic. I've been putting this off and really I shouldn't have. Feeling So much better now, & Glad that i went.

He really is helping my back from injuries from my wreck last Christmas.

I have had so many problems with my neck, and have seen so many different people to help me correct it and Dr. Hilton is the ONLY one in 9 years to help me. He and his staff are amazing!!